Sixteen of us on nine bikes and a trike met up at Redbeck Cafe, for our 4th annual Pet Food Run, and our first organised rideout of 2013. 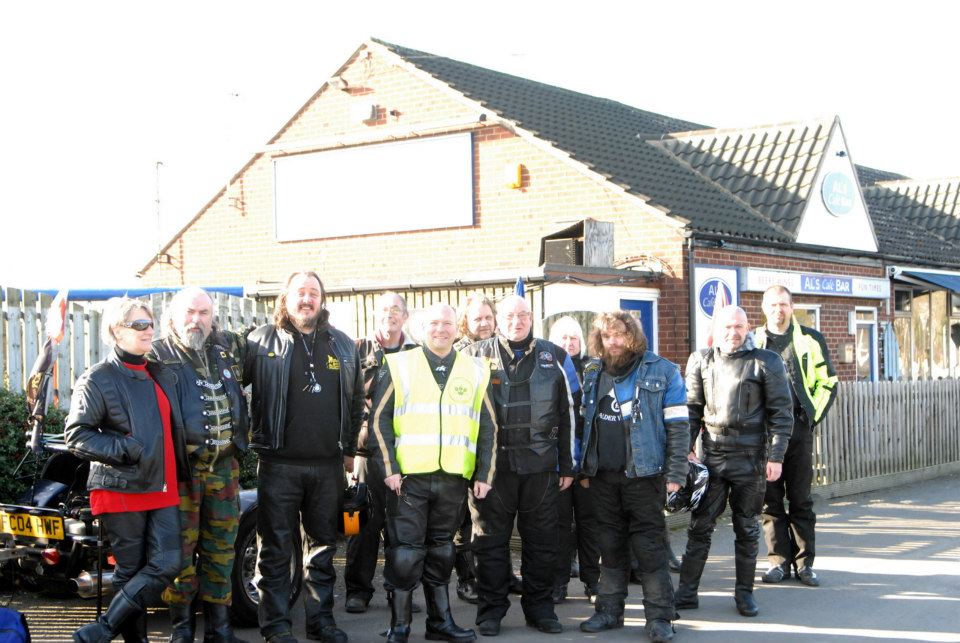 Great to welcome along Manny and Kate from Leeds MAG and a couple of new faces who had seen the event advertised, and came along, literally, for the ride.

The weather was perfect, a bit of a nip in the air (well it was the start of March), but it was blue skies, sunshine and dry roads all the way. We set off at 10:00 for the short ride through Wakefield to the A650, then onto East Ardsley, and our first port of call, Whitehall Dog Rescue. 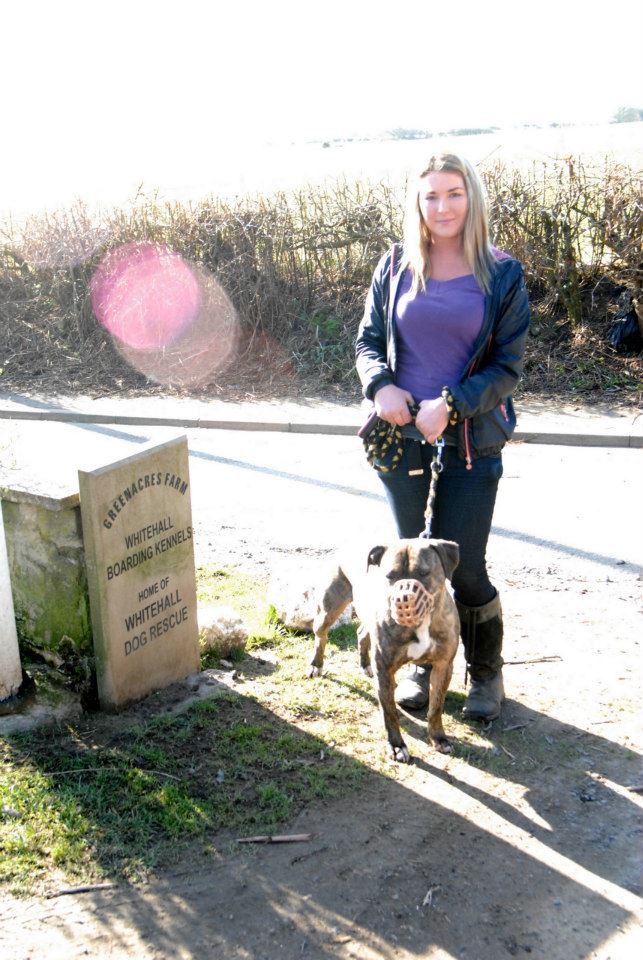 We met Cath here, who had come along in the car. Brian met us all, we dropped off our doggie donations, then had a tour through the kennels and we met some of the residents. 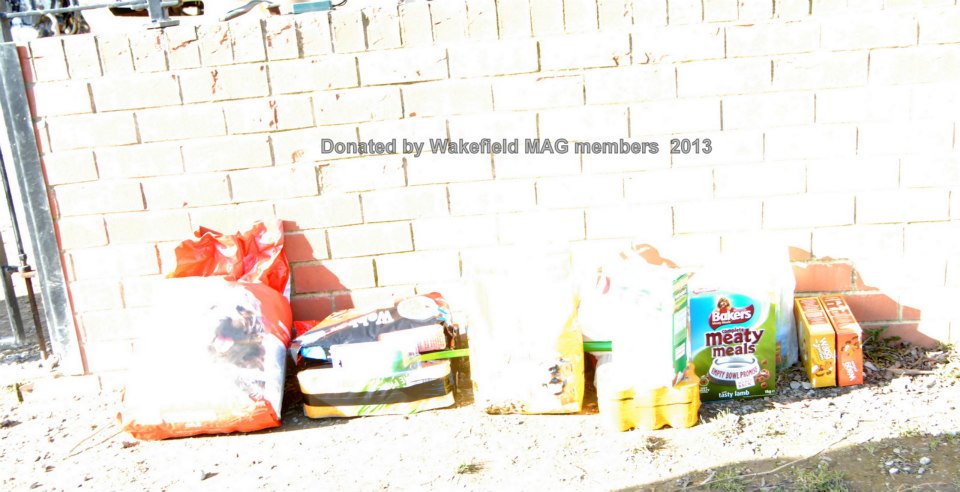 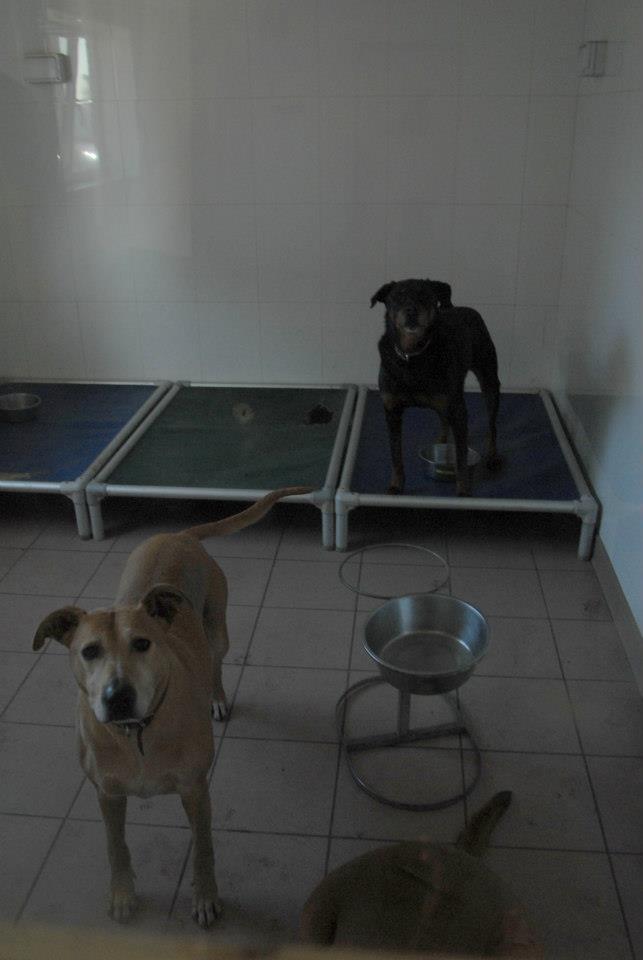 We met Trixie & Woody first, a couple of old soldiers, then Kana & Maverick, a Japanese Akita and Husky. 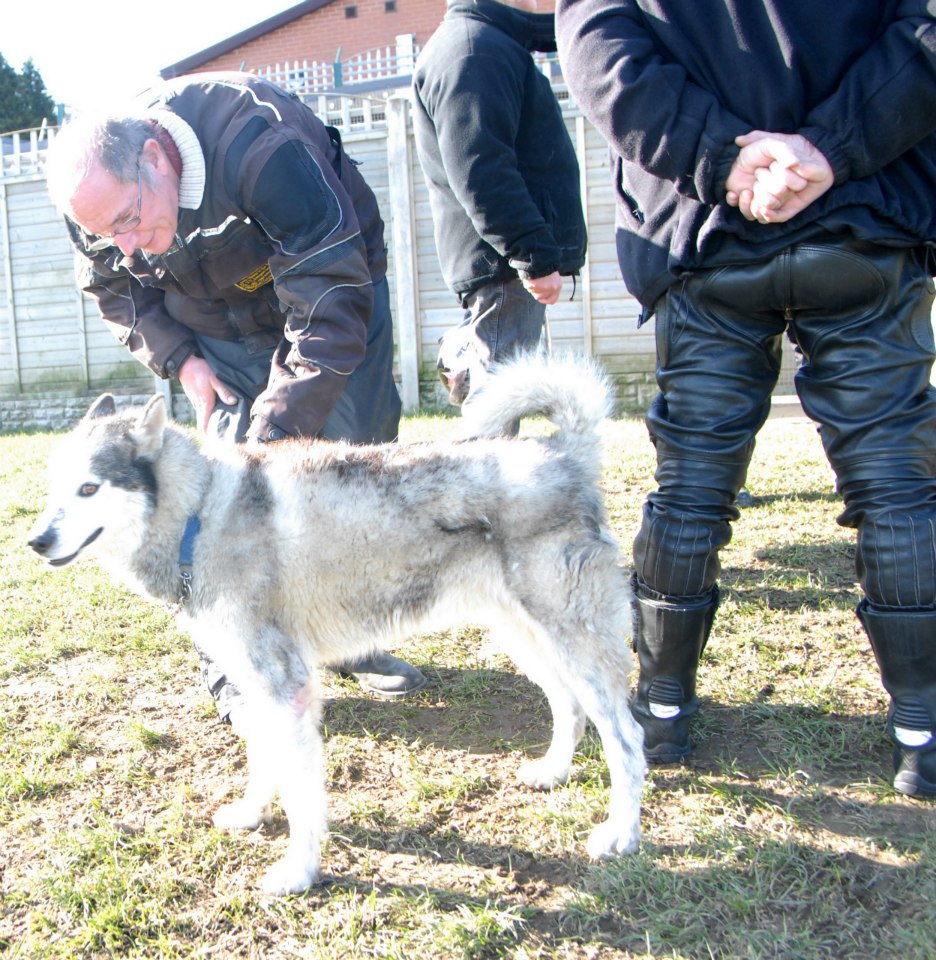 They enjoyed play fighting each other in the huge field behind the kennels, then Kana enjoyed 10 minutes of belly rubbing. Unfortunately, lying on her back brought on an attack of the sneezes for Kana and Steve was sprayed with dog snot several times (not that anyone laughed at him of course).

We then met a good few other residents for adoption, together with some of the more permanent residents (dogs with various health problems which means they cant realistically be re-homed, so will spend the rest of their days at Whitehall, being pampered by Brian and the other helpers).

Following our tour of Whitehall, we saddled up and headed via Thorpe, to Tingley and the RSPCA rescue kennels. We were met here by Laura, Amy and the other helpers and handed over our doggie donations. 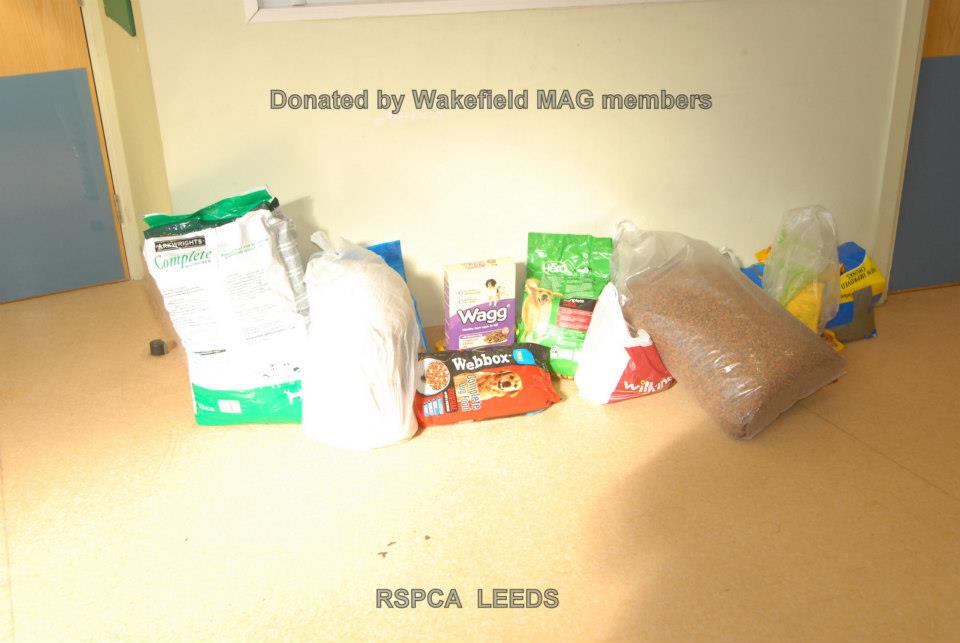 We were then given a tour of the RSCPA Leeds & Wakefield Branch Rescue Kennels. 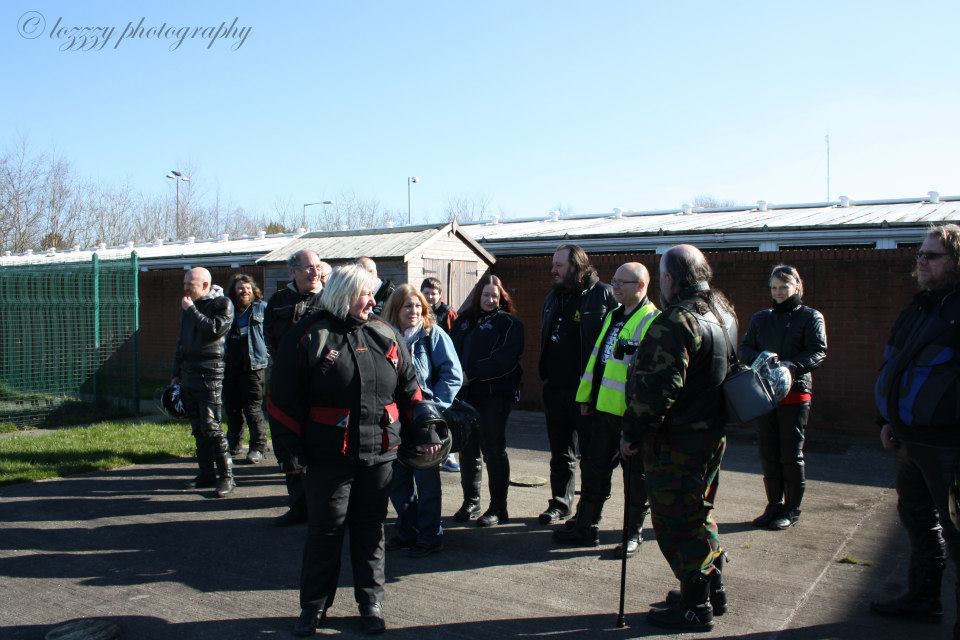 This is a great facility as it was the old MyPetStop boarding kennels, which since going bust, the RSPCA and a Vet are the only residents remaining, meaning they have lots of space. 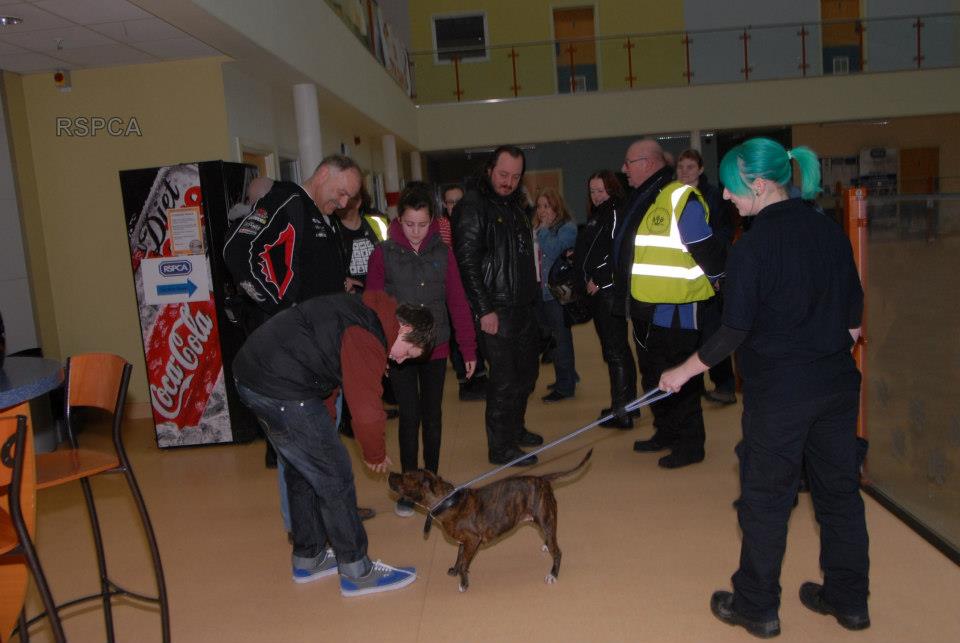 First we watched Carla, a Staffie Cross exercising in the indoor pen, and following a big fuss from us all, we then toured the kennels and got to meet several of the residents, which didn't just include dogs, but cats and a rabbit. 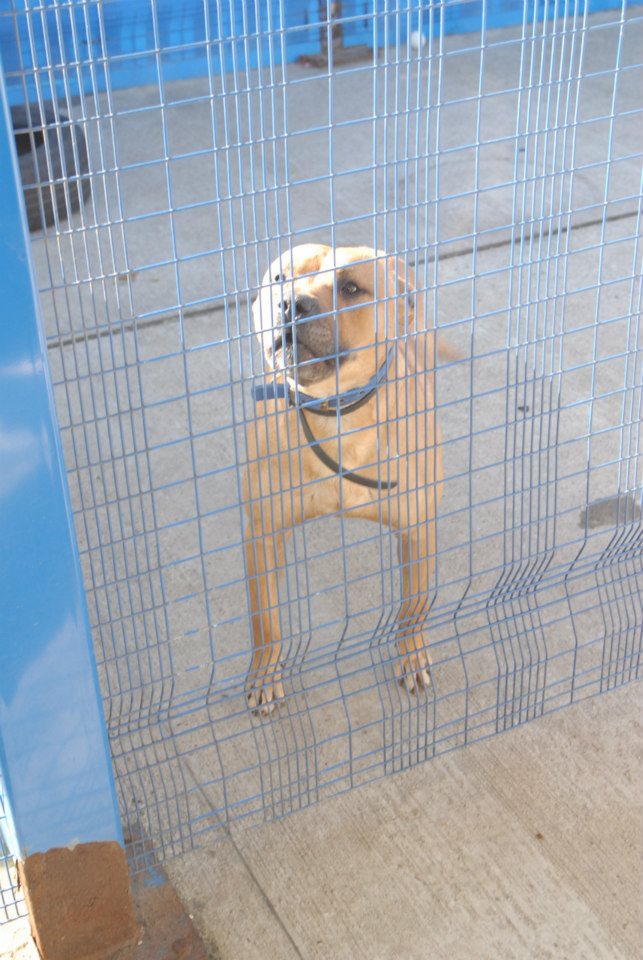 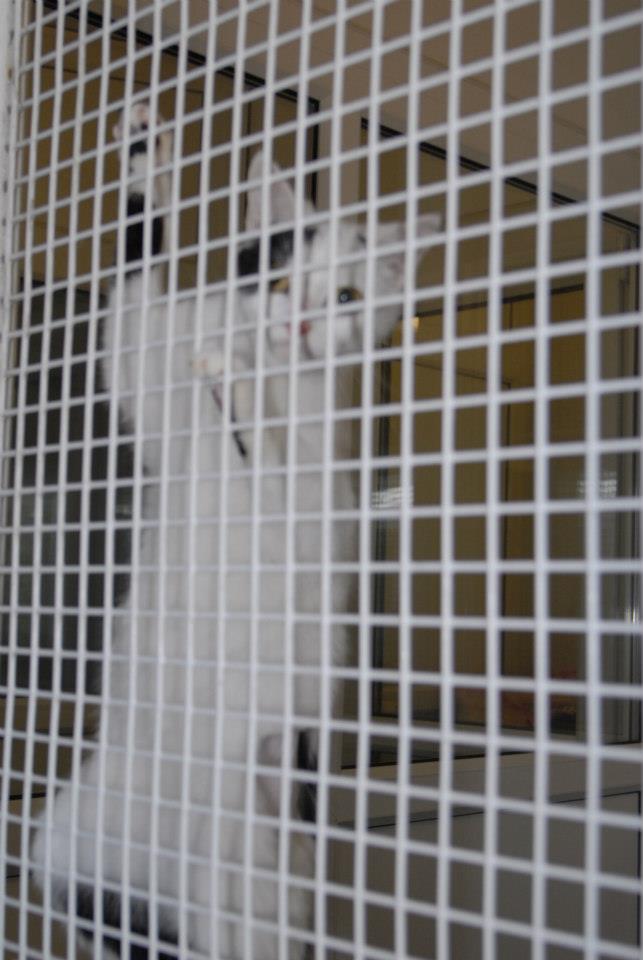 We also got to name a new resident, who was arriving at the rescue later in the day. Sharon chose a very apt name - MAGgie !!!!! 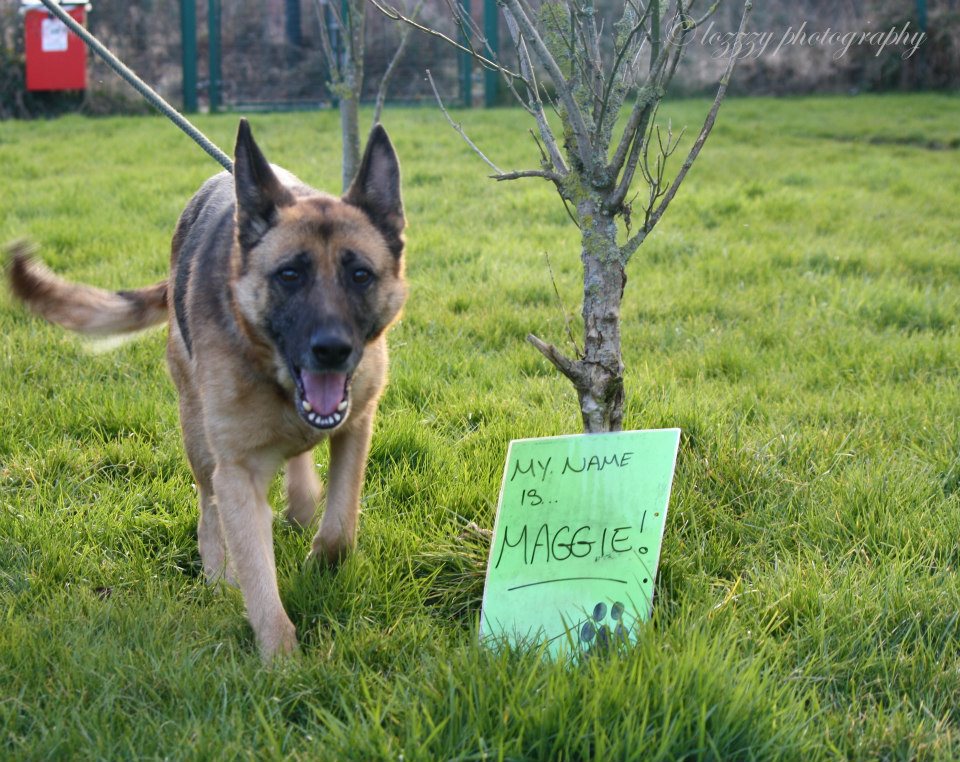 We had a photocall with Holly, a gorgeous Akita/Alsatian cross, who took a great interest in Eddie's trike, then saddled up and made our respective ways home. 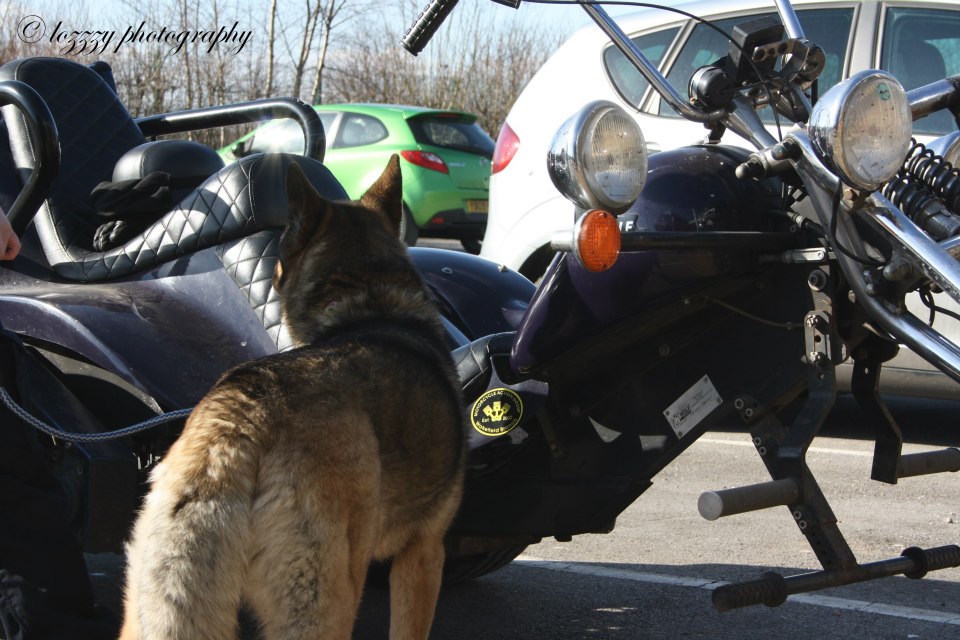 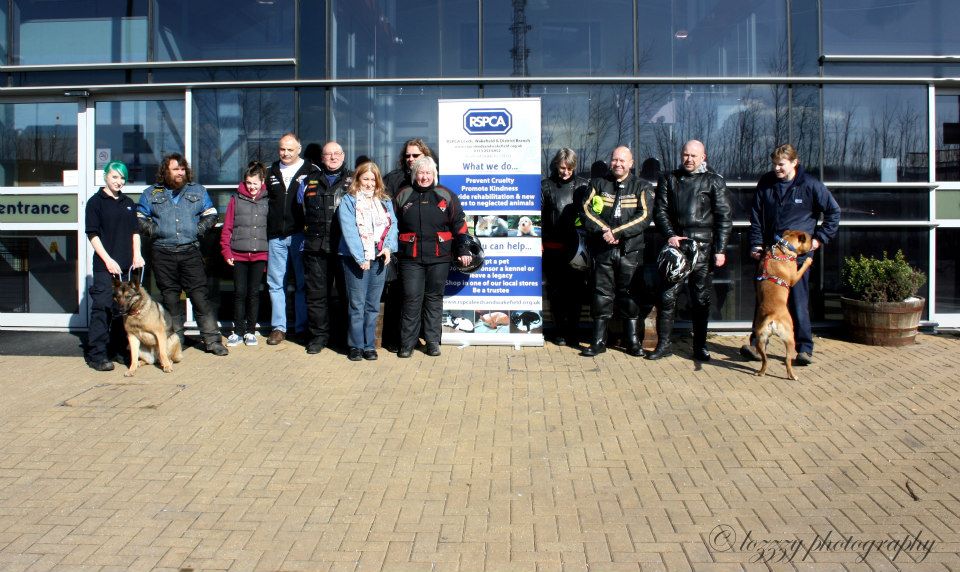 A great first rideout and with a most worthy purpose.

If you want to see our furry friends, and possibly offer them a new home, the rescue kennels websites are:
http://whitehalldogrescue.com
www.rspcaleedsandwakefield.org.uk