Fourteen of us met at the Smokehouse Real BBQ on Wood Street at 13:00 on Saturday 5th December, for the Wakefield MAG 2015 Christmas Meal. Lots of choice on offer and although it was slightly more expensive than the Chinese buffet we have done in previous years, the quality was far superior and no one felt ripped off (especially as the beer was cheaper than the Chinese Buffet). 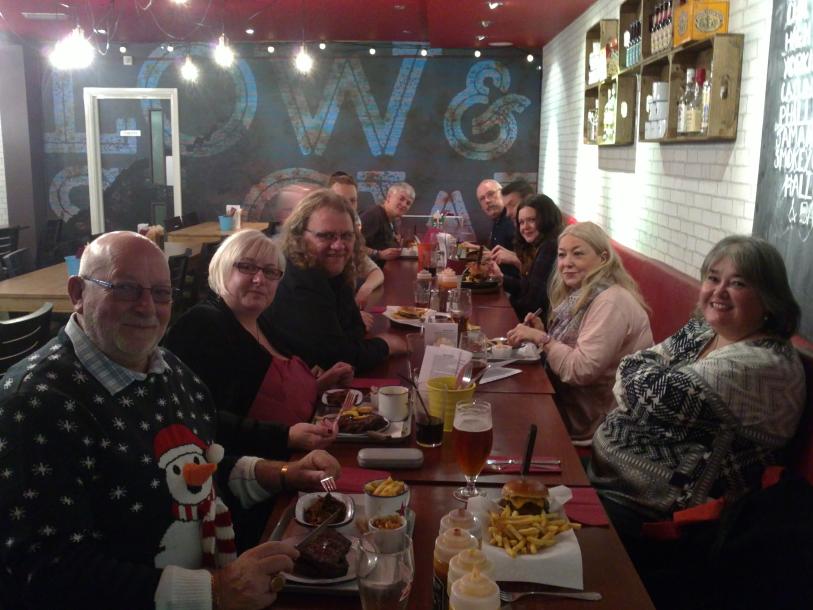 We all ordered different dishes and in true restaurant fashion, wished we had ordered what our neighbours had when their's came out ;-) It wasn't too busy (other than a group of rowdy bikers ;-) so the service was pretty quick considering. All in all, we were very happy with our restaurant choice and I dare say we will be back in 2016 !!! 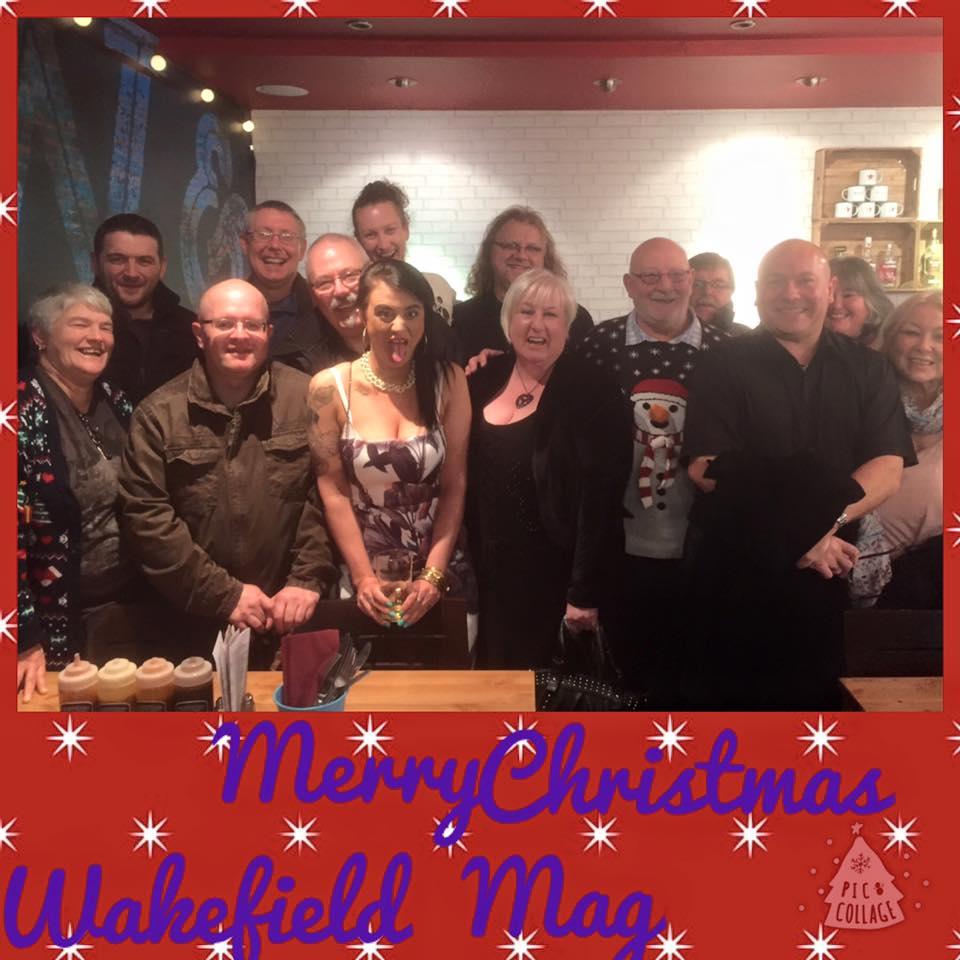 Once we had all finished and had the obligatory team photo, we headed to our first port of call, the Inns of Court. 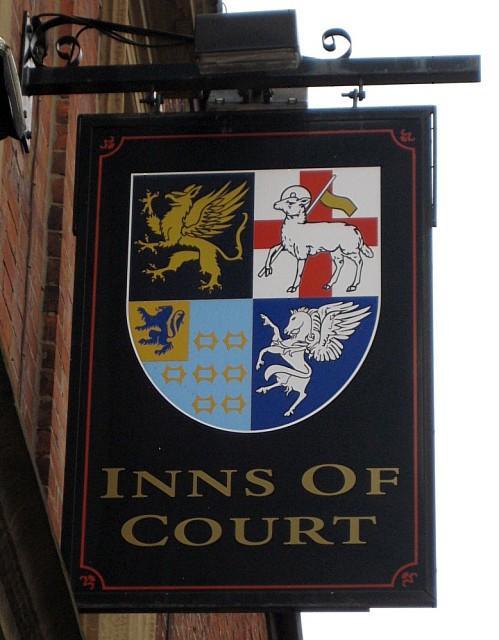 Lorna had to try on Asbo Alice's gold stripper shoes (if only to discover for herself the true scale of the crippling discomfort offered). 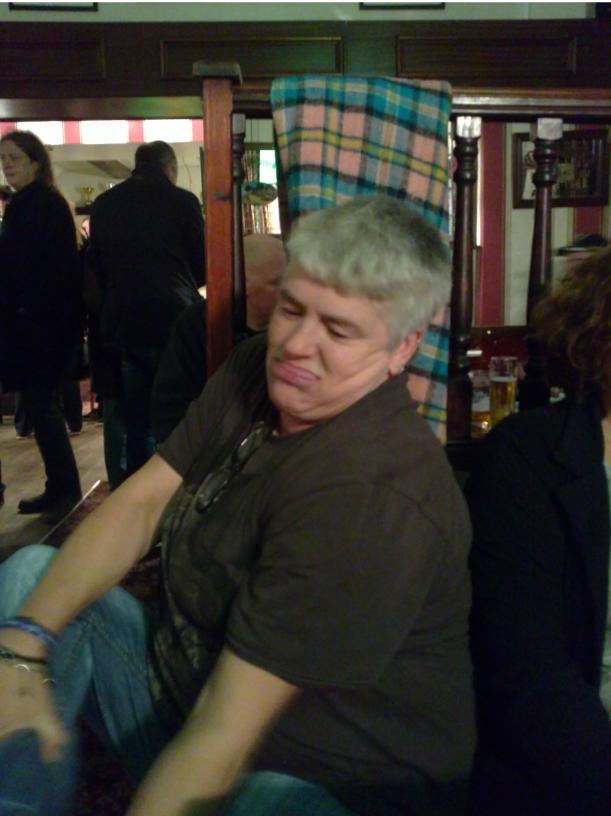 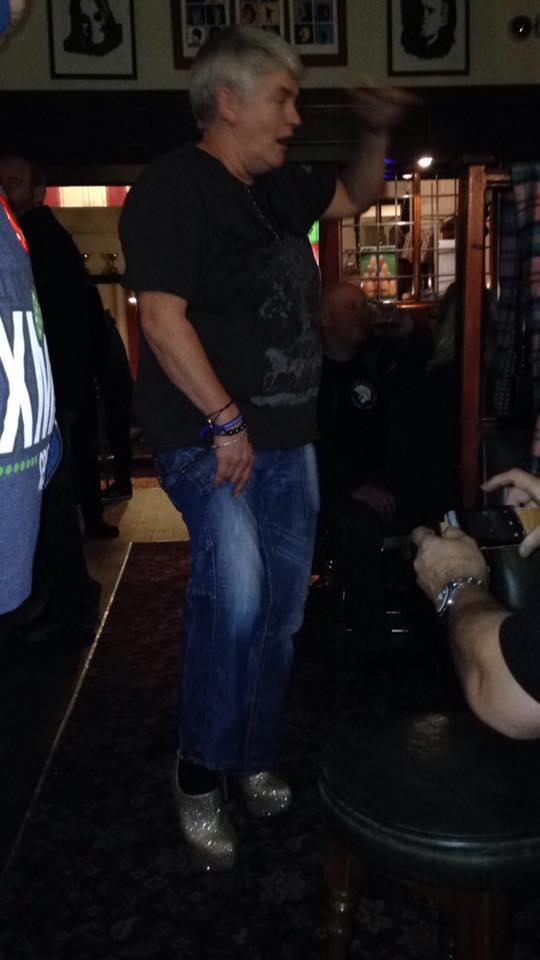 (At the next pub Alice tiptoed off to a nearby charity shop to swap them ... for something equally uncomfortable ;-) We picked up several more members in the Inns of Court (and at various stages of the evening), and in the end had some twenty one drunken Wakefield MAG revellers 'on tour'.

Following a few samples of the many foaming ales on offer at the Inns of Court, we hit our next port of call, the Black Rock.

We stayed a good while in the Black Rock, certainly long enough for Mick and John to be romantically charged !!! Expect an invite to their Summer Wedding ;-) 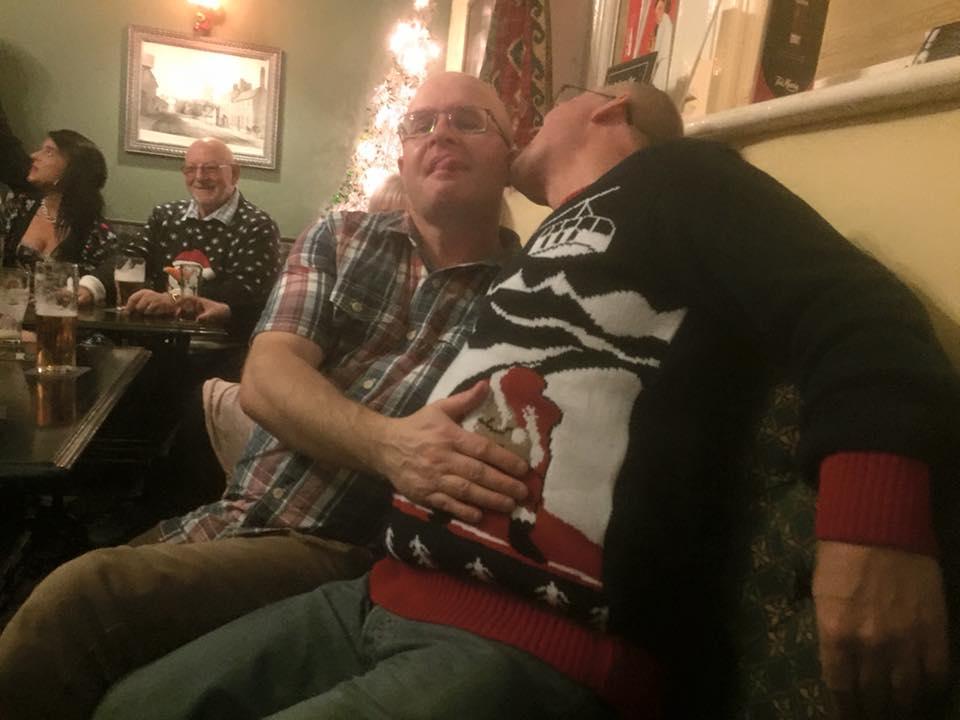 Our next port of call was Montgomeries (formerly Yates's, Westgates). 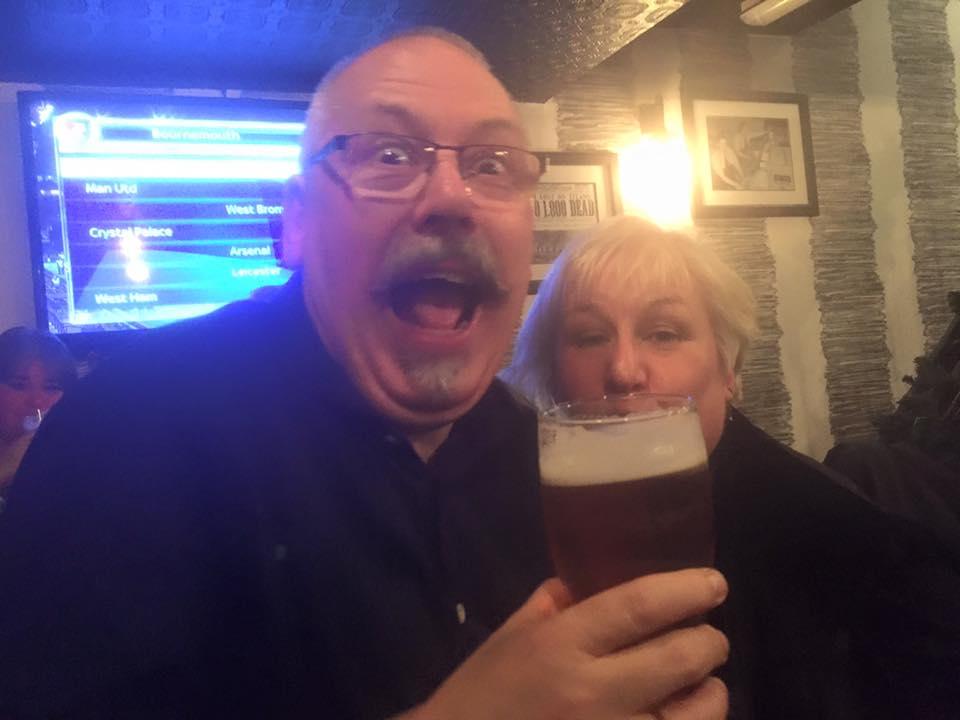 Given they didn't serve any real ales in here .... we only stopped for one. Next establishment was the Hogarth Gin Bar. 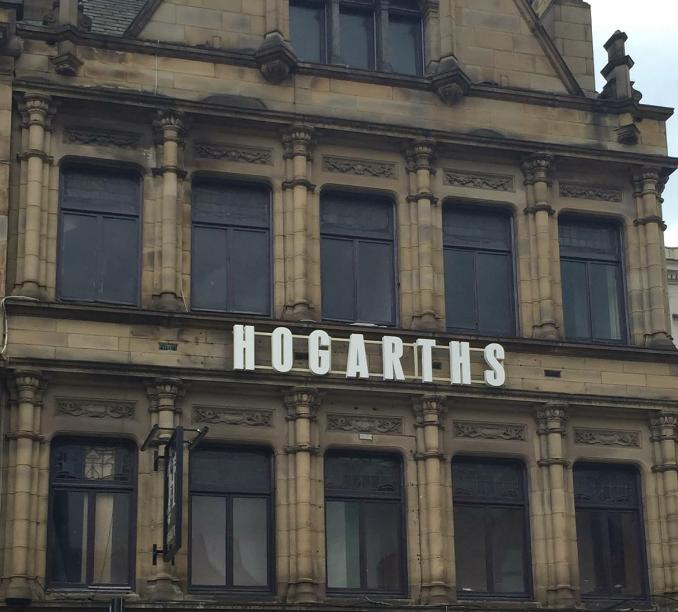 We then hit the Old Print Works, which had multiple real ales on offer, so naturally, we had to sample several. 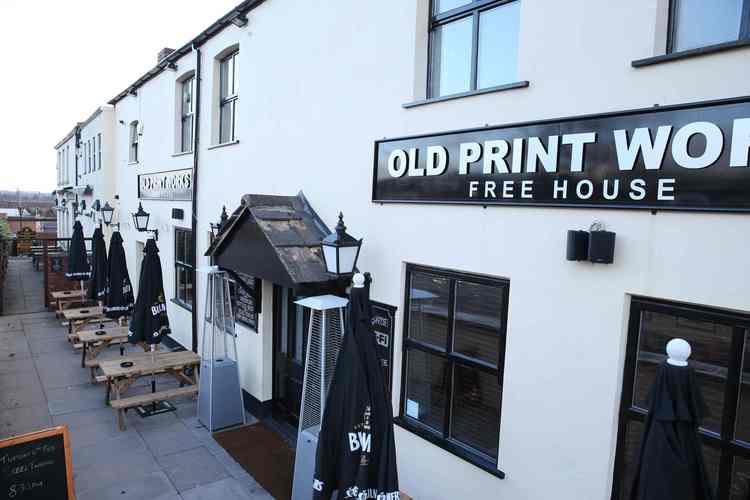 We didn't have to stagger very far to the next hostelry, as Harry's Bar is literally next door (and we were staggering by this point). 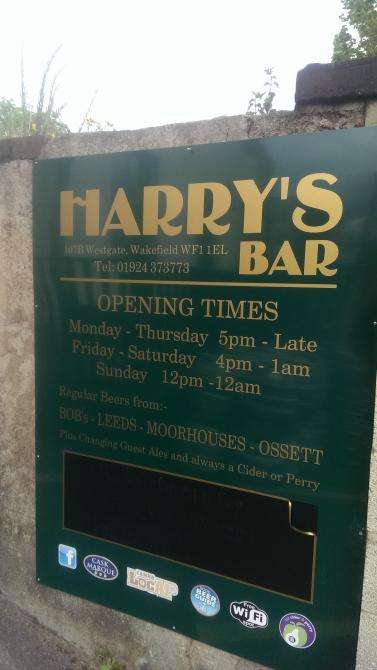 A couple of members wandered over to the Hop and then the Bull and Fairhouse to watch bands. For the majority of us however, after a marathon drinking session by this point, most of us had the munchies, so headed to the Drunken Culinary Kingdom that is the Wakefield Pie Shop, on Cheapside. 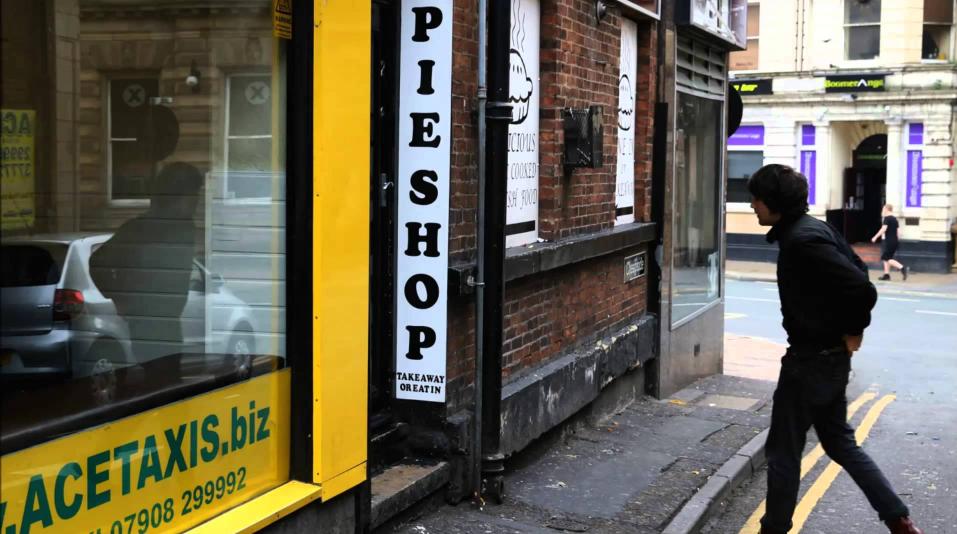 Just the ticket. Following the culinary delight, we then mostly all made our seperate ways home. All in all, a most splendid and entertaining afternoon and evening, spent in the glorious company of our Wakefield MAG extended family. Bravo !!!!!