Second ride out of the year which held great promise for a huge turnout but due to an unfortunate and unforeseen culmination of a series of unrelated events (Ed: petrol shortages caused by sheep believing lies propogated by Mainstream Media) resulted in only three riders turning up. This was a shame as the weather was perfect being perfectly dry and warm to the point of being a little too warm with leathers and the like, it would have been perfectly feasible to ride in shorts, sandals and T shirt albeit a little unwise to do so.

Anyway after usual greetings and a cup of coffee off we went, well not quite as there was a temporary delay caused by satellite malfunction which was eventually cured by turning off and back on again!!! So leaving the Redbeck we headed towards Featherstone turning off for Castleford and Brotherton, through South Milford and past Squires cafe bar which was already chocka with a myriad of other bikes, onward towards Towton, Tadcaster and Wetherby.

On passing through Tadcaster there seemed to be an invasion of Royal Enfield's all going in the opposite direction no doubt on their way to a reunion or something of that nature. Wetherby afforded the opportunity of a comfort break before journeying on towards Panel, Beckwithshaw and Brimham rocks before a second brief stop in Masham which was extremely busy as there was some kind of sheep fair going on and a big market. After a few more miles of undulating un-named roads through glorious countryside we arrived at Bedale and the Platform One cafe strangely located by the railway line. 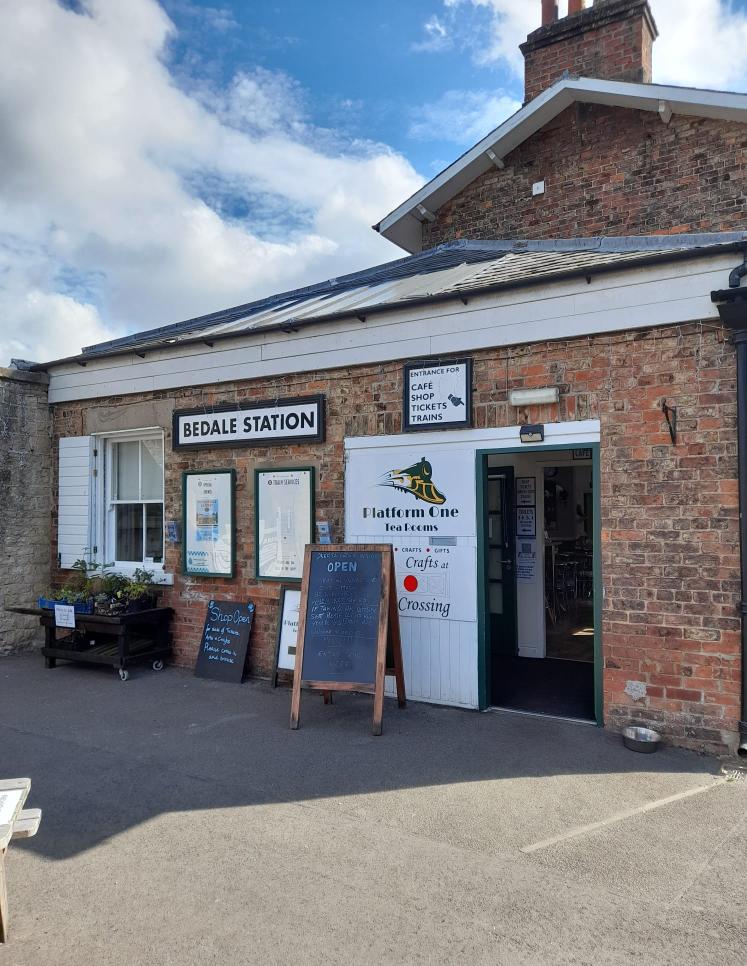 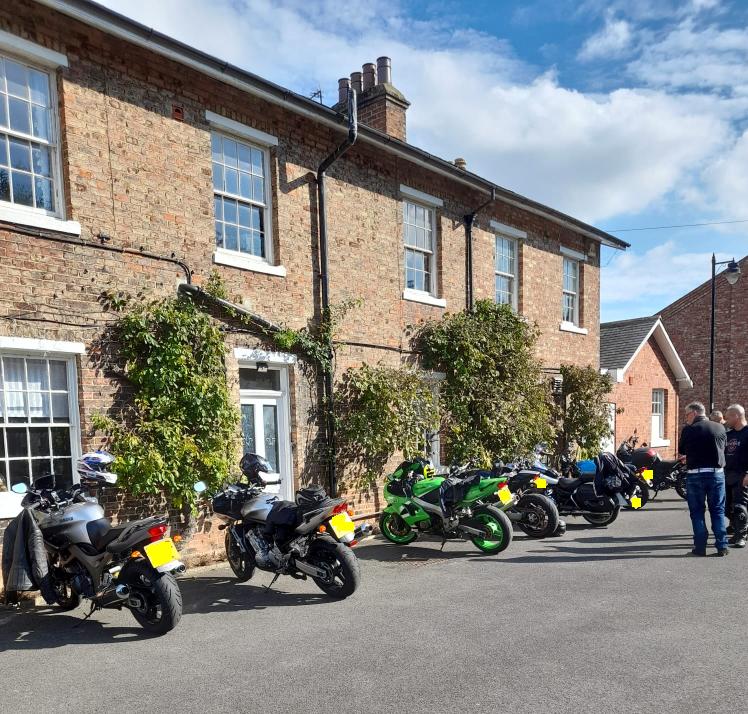 This afforded opportunity for refreshment and debate regarding future ride outs and many other topics were covered in great depth before moving on towards Leeming Bar having not called at either the Shell or BP filling stations as strangely both were completely out of fuel. Fortunately on passing through Skipton-on-Swale on the way to Topcliffe we did find a Gulf filling station with no queue and had petrol but no diesel apparently, no doubt because it is all in the many 4x4's which inhabit the area.

We parked up in Topcliffe and hung over the bridge spanning the river swale where we watched a bloke throwing cubes of luncheon meat into the river which were being greedily moped up by a huge shoal of chub and barbel that carpeted the river bed and could be clearly seen as the river at that point was probably only a couple of feet deep. Fantastic sight to see even the non-anglers amongst us agreed it indicated a healthy river and ecosystem apparently flourishing despite predation, abstraction, pollution, flooding, drought and everything else stacked against it.

Back on the bike through Brafferton, Boroughbridge and Wetherby again but this time heading through Aberford, Allerton Bywater, Castleford and back home after roughly 150 miles of scenic sometimes challenging, quiet back roads and lanes with occassional fast bits but no motorways and very few cars. It appeared to be a resounding success despite the unfortunately low turnout. Looking forward to the next and possibly the last one this year in a month's time.